Environmental Memory – Water in the Wash

In perusing a recent volume of the journal Environmental History, I became interested in a paper about how water was used, both practically and rhetorically, by laundresses over the turn-of-the-century period.  And as I went into my laundry room off the kitchen, threw in a load of clothes, poured in some “environmentally safe” liquid soap, pushed a button and walked away, I thought to myself how strange that we have no real knowledge of how to wash clothes. And we pay little attention to the materiality of the water.

In the late nineteenth/early twentieth centuries, all launders struggled with hard water.  It decomposed soap and often left its characteristic residue on otherwise clean clothes.  Due to the water’s mineral makeup, the work of laundering necessitated testing of various water-softening techniques and acquiring an environmental knowledge of water’s nuances.  These “domestic chemists” thus gained an “environmental memory” of the best techniques to counteract the high mineral content of most waters by making a laboratory of their washtub.  And this knowledge was passed down throughout the community of launderers.

“An emphasis on launderers offers a narrative of water that emphasizes the ways women used water, and thus deviates from traditionally male-focused narratives of water use. In the rural home, women managed both the quantity and quality of water they used for domestic purposes. Access to soft water was an important part of the household water system. Urban laundresses managed the water they used in their homes and in their labor. This group of launderers also knew water in a more intimate way, through its effects on their bodies. ‘Washer-woman’s itch,’ for instance, was a painful skin affliction endured by working-class washerwomen caused by the chemicals used to soften hard water.”

Most often, this “memory” was a gendered environmental knowledge and expertise over water in the home. Based on the practice of doing the wash, women constructed an occupational language of water.  Often noted by emigrants in diaries, water was talked about specifically in relation to washing, using the terms “hard” and “soft.”  The connection was more experiential than scientific.  It also involved more than just the nature of water but also of the amount of their labor required clean clothes with different degrees of hardness (minerals) in various waters.  This is how they built knowledge about the environment and the nuances of water.

Diarists also wrote of water in other ways but not in relation to their labor.  For instance, they may describe it as brackish, bad, smelly, healthy etc. These conclusions were based on senses and the effects the water had on persons/animals. But the reporting of water as hard or soft was always in relation to washing and the amount of their labor required – connections between bodies and the environment, and the environment and labor.

Women became the experts in all things related to laundering: “No one but a woman and a housekeeper knows how important a factor water becomes in domestic economy, nor how large a supply is needed for every day’s consumption.” [Michigan Farmer, 1884]. Women held the high responsibility for both laundering and water management in the home.

Note an excerpt from Michigan Farmer, 1884, on this gendered environmental knowledge: “One day, as Rose Granger readied clothes for washing, she saw the cistern was empty due to a leak cutting off her access to soft rainwater.  Her husband, St. John, suggested she use well water to which she replied she would wait for the rain. Days later her husband demanded to know where the clean clothes were. Rose replied, “You’ll find them all in the clothes-basket, I guess, waiting for rain.” When he suggested she soften the well water, she refused, saying the lye required injured the clothing and that well water wouldn’t suffice without it: “It’s such hard work to wash in it; I don’t believe I am strong enough to do it.” St. John had to go to his engagement in a dirty shirt, and he promptly fixed the cistern the next day.”

…A quick memory:  As a child I would help my Grandma on the farm with laundry. She still used her old wringer washer and I loved feeding the clothes into the roller. And if you left the clothes bunched up, it would pop the roller and you would have to start over. But, really fun.  And the old farm had an underground cistern for rainwater catch and storage. My Mom would talk about how wonderful it was to wash her long hair with the rainwater from the cistern, and how it left her hair so soft…

Fast forward – by 1941 the power washing machine was owned by 52% of American homes and synthetic detergents were widely available to enhance the laundry experience. As technology provided easier access to “standard” water, and power washers were evolving into super washing machines, the historical environmental knowledge about the nuances of water needed in the wash became lost to convenience and technology.

In May of 1929, the first Academy Awards were presented.  Janet Gaynor was named Best Actress and went on to have a long successful career in film, television, and theatre until her passing in 1984.

Best Actor went to Emil Jannings who came to the United States from Germany and was best known for his collaborations with F. W. Murnau and Josef von Sternberg, including 1930’s The Blue Angel with Marlene Dietrich.  That movie was meant as a vehicle for Jannings to score a place for himself in the new medium of “talkies,” but Dietrich stole the show.  He later starred in several Nazi propaganda films, which made him unemployable as an actor after WWII.

And in more recent film, the fictionalized version of Jannings is portrayed in the 2009 movie, Inglourious Basterds, directed by Q. Tarantino. As of 2022, Jannings is the only German to receive the Oscar in best actor category.

But the best story about the first Academy Awards is that Emil Jannings was actually the runner-up for the first Best Actor.  The winner of the first Best Actor, as chosen by the Academy, was in fact Rin Tin Tin, the German Shepherd dog, one of the biggest movie stars of his time. However, the Academy was worried about not being taken seriously if they gave the first Oscar to a dog, so they chose to award the Oscar to the human runner-up.

Interesting bird sightings of May

#3 – yellow-rumped warbler at farm – always an early May migrant 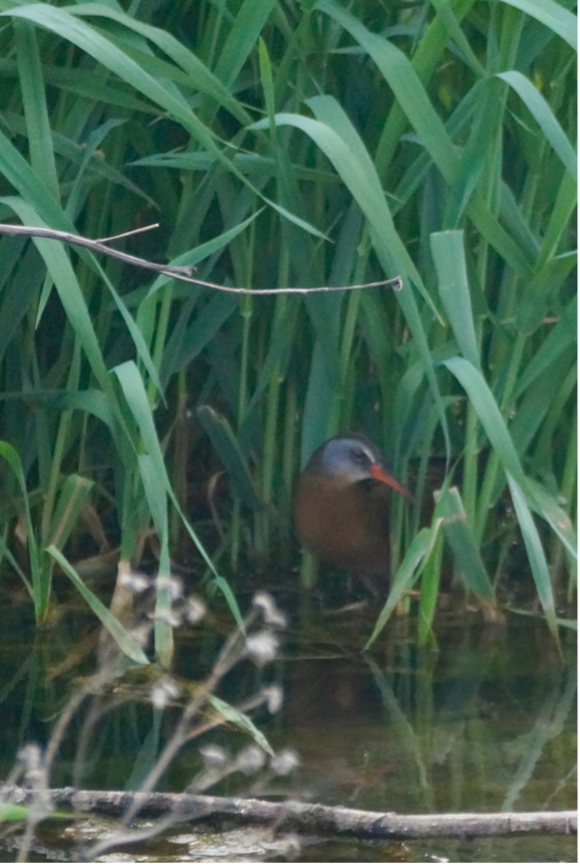 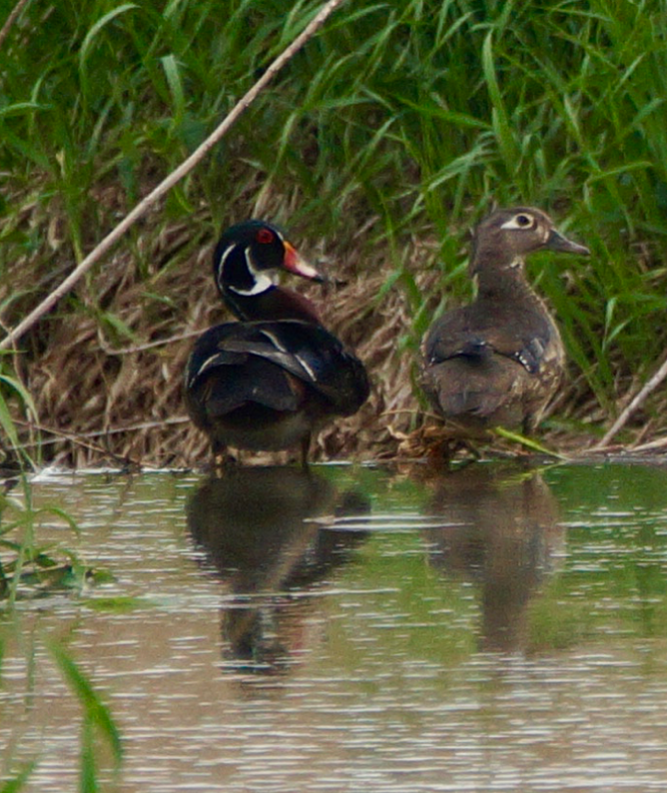 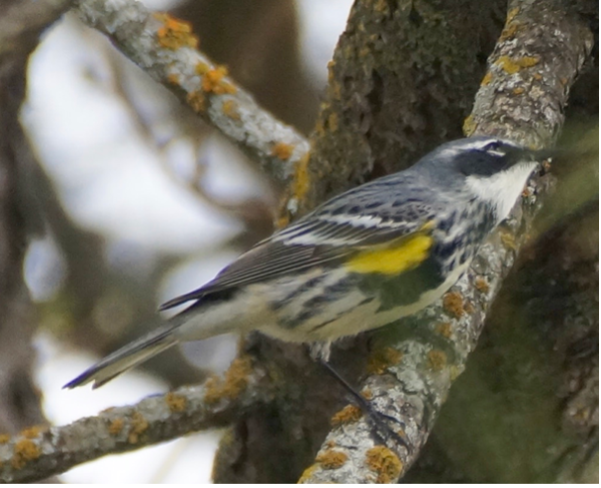 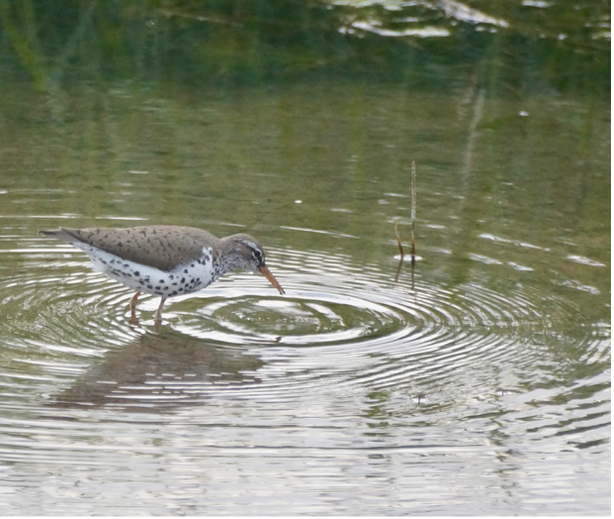 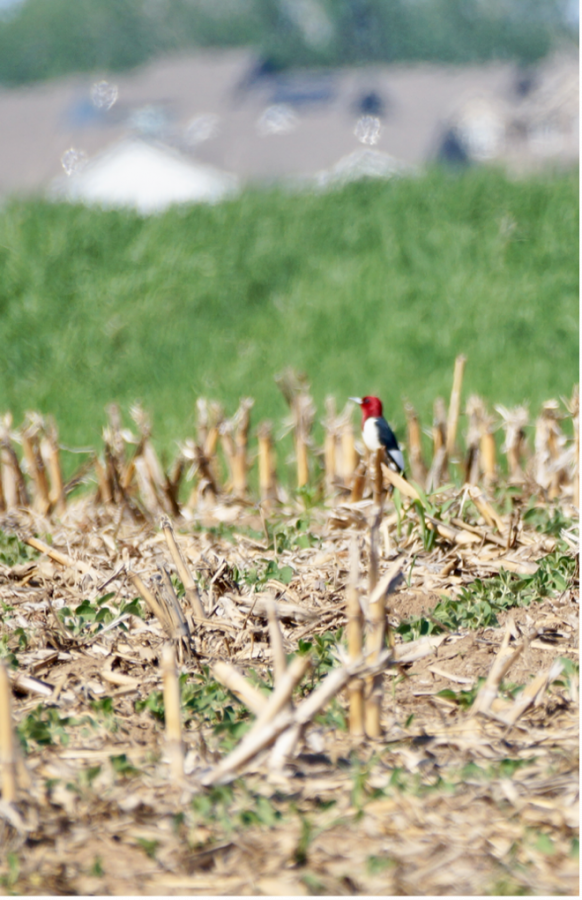 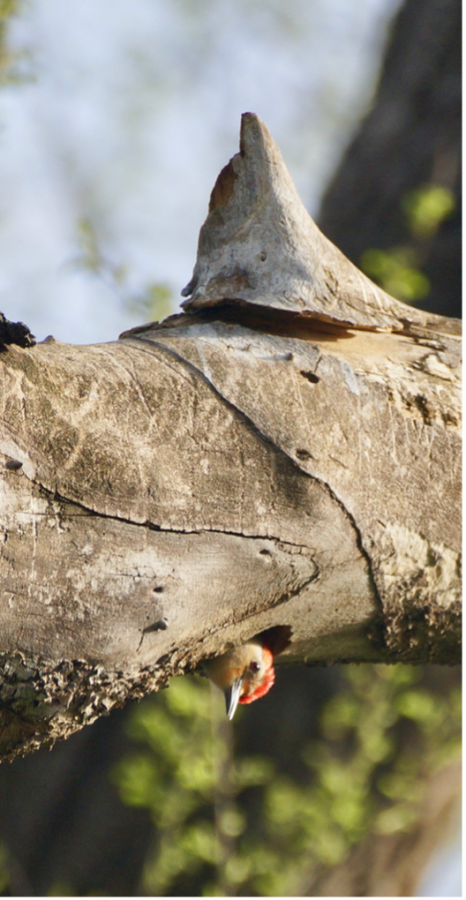 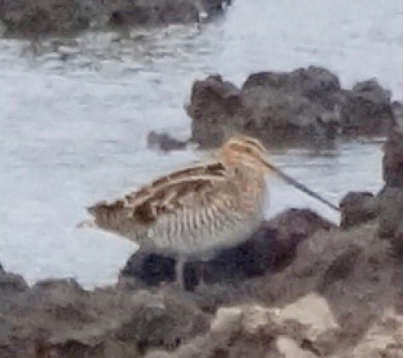 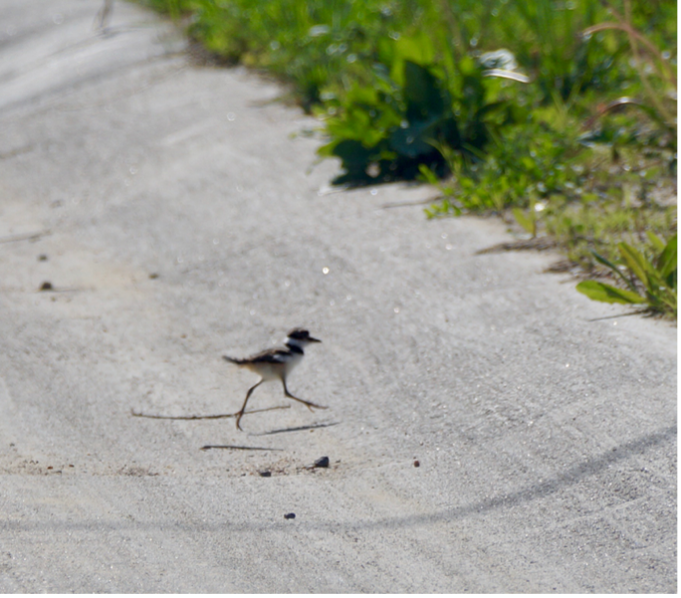 Boris Yeltsin (Russia) realized that communism was doomed when, in September 1989, George H. W. Bush did what?

A, supermarket – Yelstin roamed the aisles nodding his head in amazement. But his favorite was seen by his wide-eyed wonderment of frozen pudding pops.  His visit to the Randall’s grocery store in Clear Lake, TX and the role that moment played in ending communism is now a comic opera, “Yelstin in Texas”. 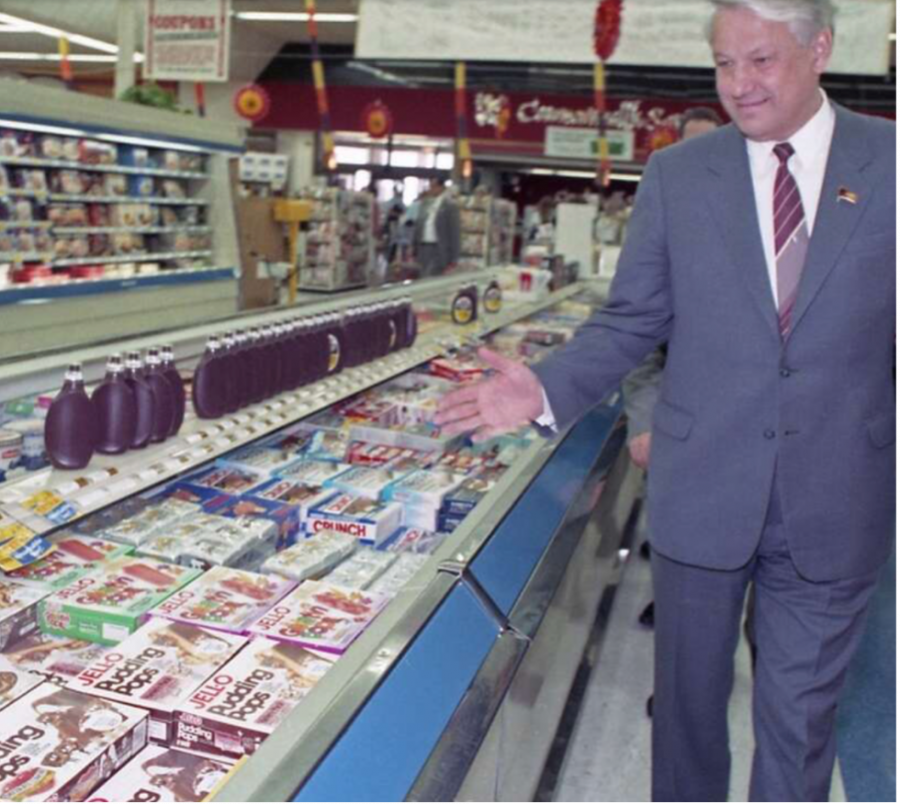 What incident in 1960 caused the canning of a summit conference between President Eisenhower and Khrushchev (USSR) and later gave its name to a quite famous group of musicians?