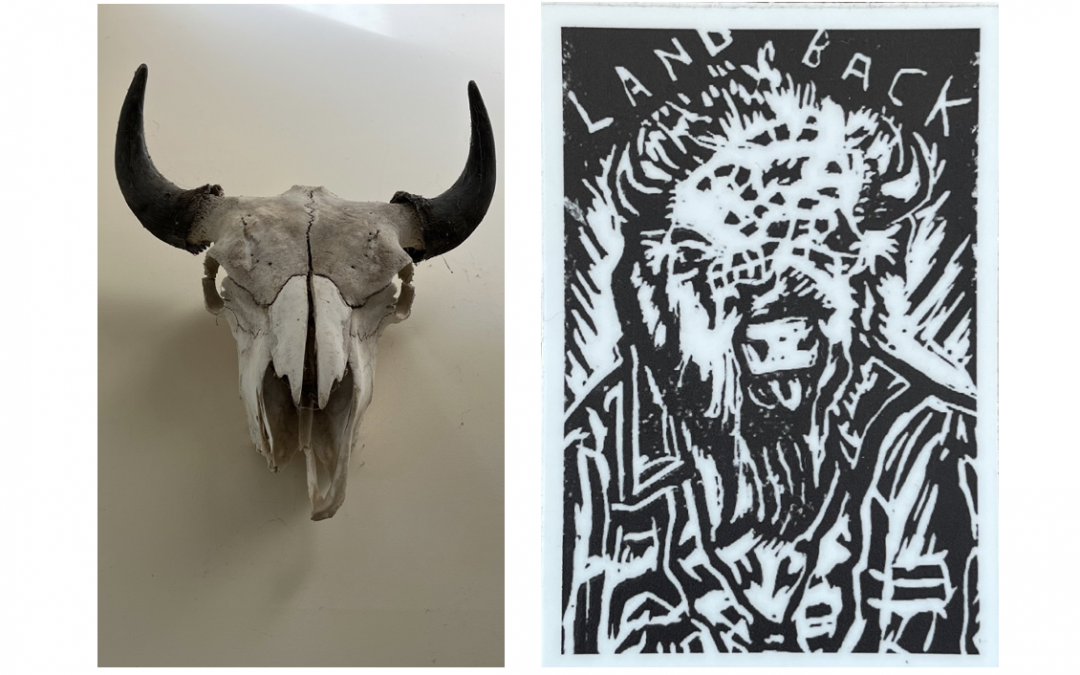 Above right image by Nathaniel Ruleaux

#LandBack.  A movement by Indigenous people to reclaim their lands – to protect and restore ancestral lands to their care.

Each battle is unique. Reclamation is about identity: ceremonies, connections to ancestors and traditional knowledge. Economics is about being able to hunt for food, access clean water and build homes or schools. Sovereignty is about jurisdiction and governance. Ultimately, it’s about getting Indigenous lands back in Indigenous hands.

The origin of being Indigenous is location and ties to the land. So, the request should be simple and is age old: Return the land back.

There are powerful examples of Landback journey stories that can inform and inspire others. Such as the Wiyot Tribeand the return of Tuluwat Island, situated in the marshes and estuaries of Humboldt Bay in what is today Eureka, California.  The Wiyot people have lived on the island and other lands around Humboldt Bay since “time immemorial.” Their creation story tells that the island is not just their ancestral homeland but the center of the world. “It’s sacred because that is where we come from,” says Cheryl Seidner, former tribal chair.

For thousands of years, the Wiyot people were stewards of these area lands. The first American settlers arrived in Humboldt Bay in 1850. Ten years later in 1860, a group of settlers called the Humboldt Volunteers attacked the Wiyot in the midst of their weeklong renewal ceremony while the able-bodied Wiyot men were away gathering supplies. They used mostly hatchets, clubs and knives so residents of the nearby town Eureka wouldn’t hear gunfire.  Some 200 women, children and elders were killed.

While the tribe had coexisted peacefully with the white settlers, the excuse for the attack was that some cattle had allegedly been stolen. Earlier in the month of the massacre, dairyman Robert Gunther had procured a U.S. deed to the island, a possible motive for eviction by murder. Gunther diked and attempted to drain the land to graze cattle. An 1870s shipyard and later a sawmill left a legacy of ground and water pollution.

In the 1970s Albert James, the great-grandson of one of the few survivors of the 1860 massacre, began campaigning for Wiyot rights, including the return of the island.

In 2000, after a large fundraising effort, the tribe was able to purchase 1.5 acres of land at the northern end of the island. The property over years had become a toxic wasteland and the Wiyot people and other volunteers began the monumental environmental clean-up effort. 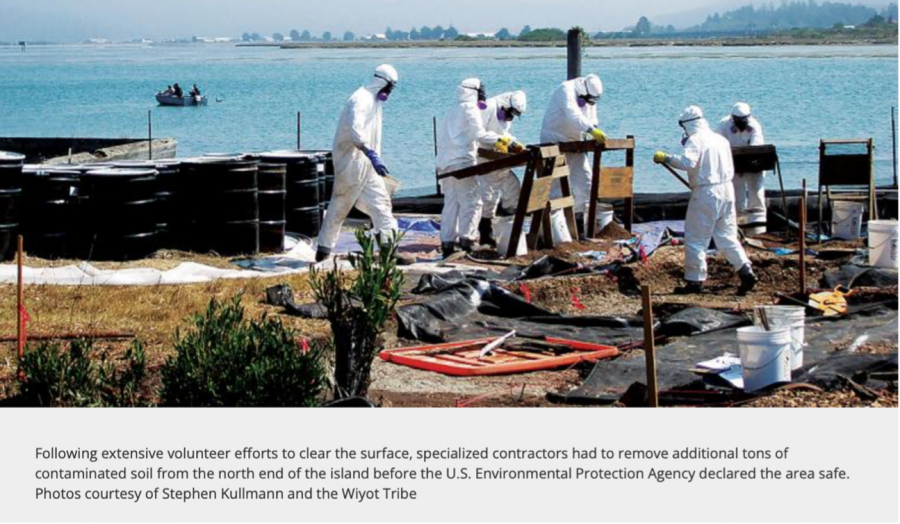 In 2004 the city of Eureka returned 40 acres of adjacent land to the Wiyot people, but with title restrictions.  The conservation efforts benefited the entire ecosystem including repairing the land and restoring the salt marshes. More importantly, in 2014, this work allowed the Wiyot to complete the World Renewal Ceremony that was interrupted in 1860, returning the heart of Wiyot presence and ceremony to the land.

In 2019, the Eureka City Council voted unanimously to return the remaining 202 acres on the island to the Wiyot people. With that decision, Eureka became the first city in the US to unconditionally return land to its ancestral caretakers – a historic opportunity for both the tribe and the island to heal.

The USACE and the University of California Berkeley repatriated 20 human remains believed to be lineal descendants of the Wiyot Tribe and 136 historical, traditional and culturally important objects that belong to the Wiyot Tribe.  The collections were uncovered in 1946 during construction of jetties in the bay. It is believed the human remains were likely victims of the 1860 Massacre. 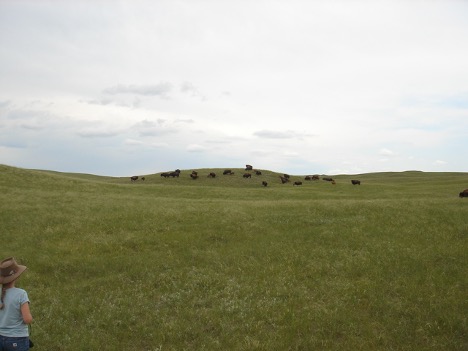 What song did John Lennon write and record in a single day? And with the help of what record producer?

“I wrote it for breakfast, recorded it for lunch and we’re putting it out for dinner.” That’s the way Lennon told the story of “Instant Karma,” one of his most memorable songs as a solo artist and the third Lennon single to appear before the official breakup of the Beatles.  The actual release date to the public was not dinnertime, but 13 days after it was recorded. By any measure it was one of the fastest pop songs ever to come to market.

Spontaneity prevailed. Lennon wrote the song that morning and, as he said, “I knew I had a hit record.” What got the record finished that same day and gave it its incredible sound, however, was the unexpected appearance of Phil Spector that evening in the EMI studios. After several run-throughs under Spector’s direction, John said, “Suddenly we went in the room and heard what he’d done to it…it was fantastic. It sounded like there was [sic] fifty people playing.” John’s happiness with the results would lead directly to Spector’s taking over the dormant Let it Be project.

Who was the first President to use makeup for his TV appearance? 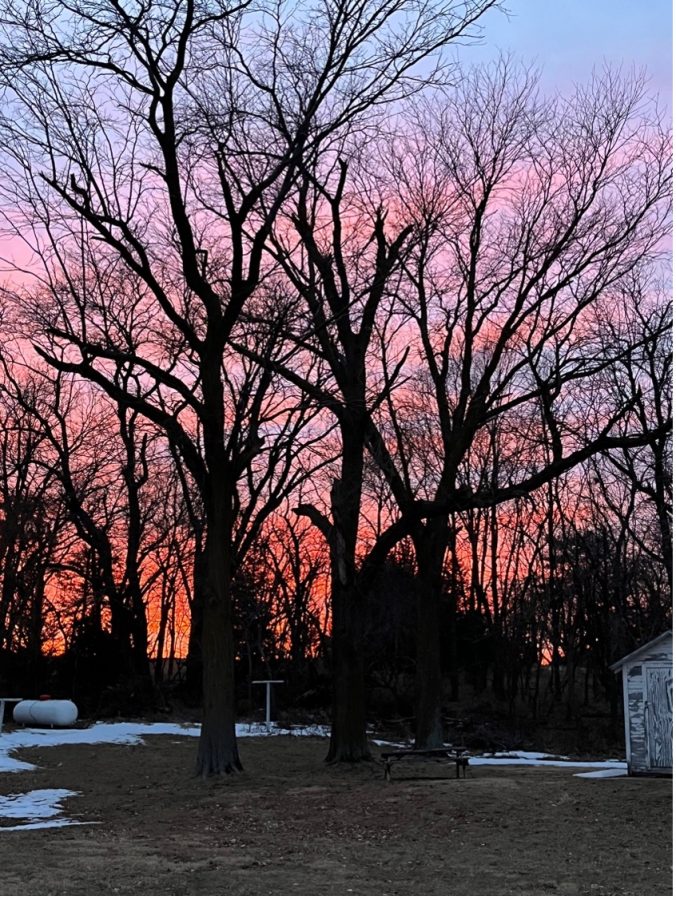