Catsteps in the Loess Hills: Read the Art

Catsteps, a regional term for a staircase-like feature in the landscape of the Loess Hills of Iowa, elsewhere known as terracettes.  They are parallel to elevation contours much like agricultural terraces.  These step-like sequences of small ridges are formed when the loess slips and slumps repeatedly down the slope of the hills, creating small shelves of vegetation.  They are often less than a foot wide and are common on steep slopes facing to the south and the west.

In 1882, Charles Darwin hypothesized that these formations in England were started by the action of earthworms and later livestock used them as walkways, further accentuating them.  Thus began the debate surrounding the origin of these formations – natural origin or by excessive grazing of domestic animals.

About 100 years later the debate continued, now to include “side-hill gougers” as the source. These are animals (according to folklore) that have the right or left set of legs shorter than the other side, making them well suited to grazing on slopes. The gouger activity of trailing around the hills, because they can only move in a circular motion, caused the formation of the catsteps.  However, there is no written or verbal evidence of gougers being in the midwest region.

The question – when did the catsteps appear in the Loess Hills and what caused them?

This is where the artist can be pivotal to the discussion.  Artistic depictions can provide the historical perspective missing in this debate.

During the 1830s and 1840s, George Catlin, Karl Bodmer, and John James Audubon traveled up the Missouri River. They collectively produced about 30 pieces of art depicting the loess bluffs stretch of the river. Of these only a couple by Bodmer possibly show a hint of catsteps.  In 1868, Orestes St. John, Assistant State Geologist, sketched the landscape illustrations for a Geological Survey of Iowa and he depicted well-defined catsteps in the Loess Hills area. After him all artists drew catsteps.

If catsteps appeared in the later half of the 19th century, how does that align with the time onset of intensive domestic grazing? Based on the numbers of cattle, horses and sheep on pasture in the Loess Hills from 1840-1925, grazing by domestic animals peaked during the period 1895-1905. Photographs and artistic depictions evidence that catsteps were fully developed before this period. Thus, one could conclude that livestock may exacerbate catsteps but likely not be the origin of them.

That circles the debate to natural occurences.  The appearance of catsteps in the late 1860s also corresponds to the initiation of gully cutting and could be correlated to a possible mid-19th century climate change in the Loess Hills when the Little Ice Age (LIA) began to subside.  The end of the LIA would result in a change in climate that would increase the slumping tendency of loess. This is caused through wetting and drying cycles that promote the expansion and contraction of soils.  The formation of catsteps is advanced by an increase in the frequency of precipitation events, not by an increase in the amount of precipitation.

Here is an interesting aside about recorded climatic data.  In general, precipitation records prior to 1860 cannot be compared with later measurements. Prior to 1860, rain gauges were held at 2.44 meters off the ground. In 1860, the Surgeon General’s Office issued instructions to lower rain gauges to 0.58 meters off ground. The height of the gauge is also affected by wind speeds and will underestimate the precipitation record.

Conclusion:  The catsteps are likely a result of mid-19th century climate change and the artist’s eye is sometimes the better historical record. 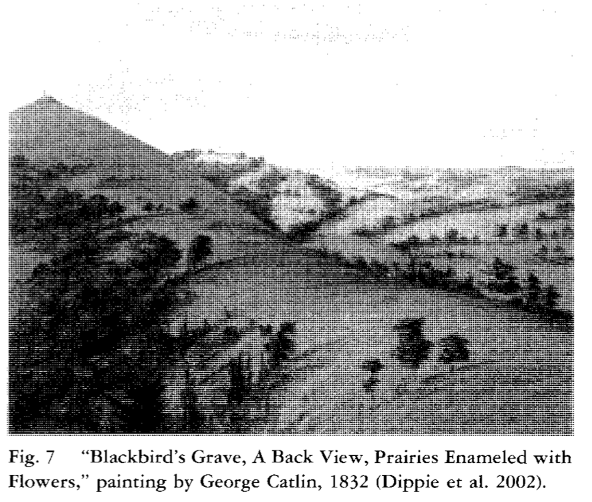 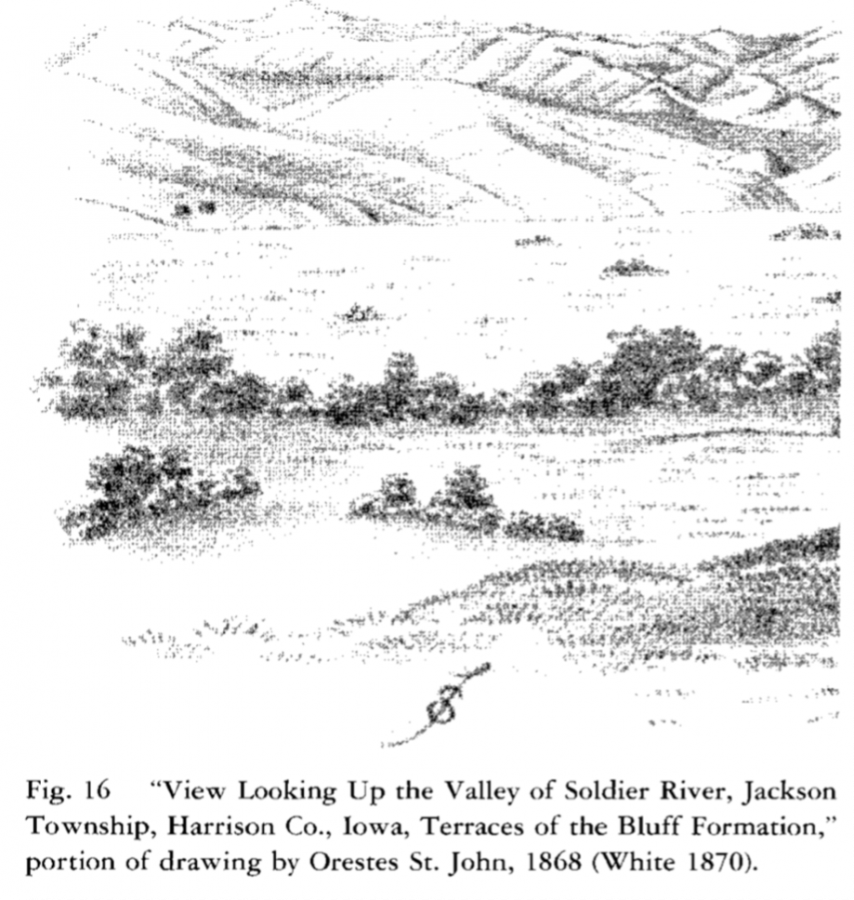 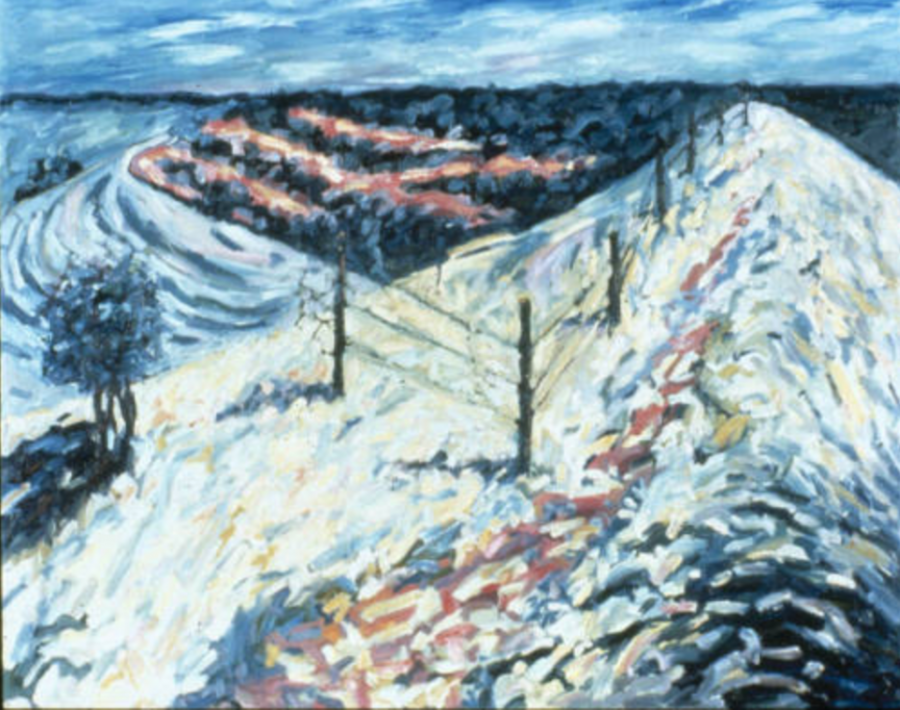 The wetlands are clearly coming along and will be a huge complex when complete. It will be exciting to watch it develop into functioning wetland complexes of various sizes, shapes, and depths providing a variety of habitats.  Hopefully we can successfully reintroduce salamanders.

Seinfeld had 10 and Friends had 4. 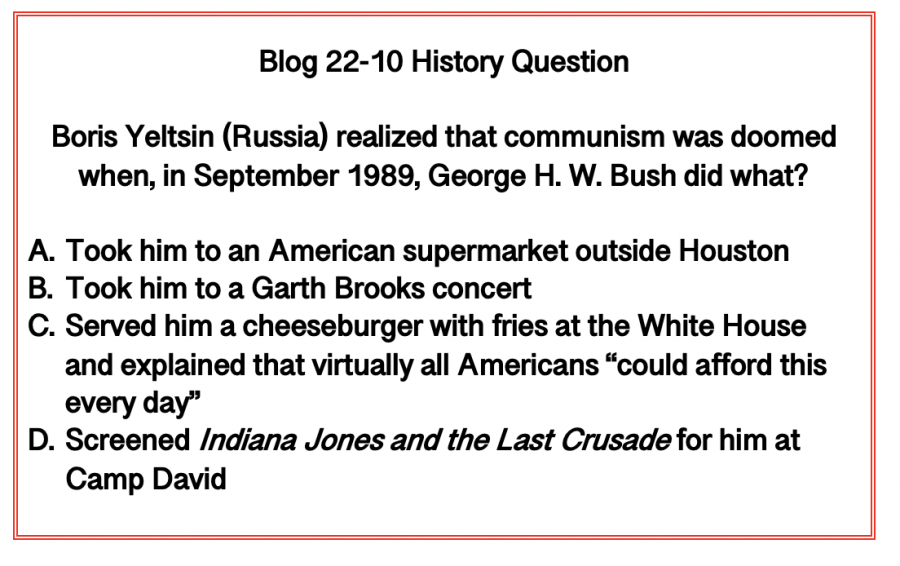