the Latest Sunrise and the Eagle

Earliest sunset early December – shortest day at winter solstice – latest sunrise early January – this is the natural order (northern Hemisphere) – so clearly the latest sunrise does not coincide with the day of least daylight. This is because our rotational axis is tilted 23.5-degrees and our orbit is more like a squashed circle with the sun slightly off center.

We are also at the closest distance to the sun – called the perihelion (peri = near; helios = sun).  And, the closer Earth is to the Sun, the faster Earth moves – thus making our winter shorter than our summer by almost a week.

For us, the latest sunrise and Earth’s perihelion happened this past Tuesday, 04 January. 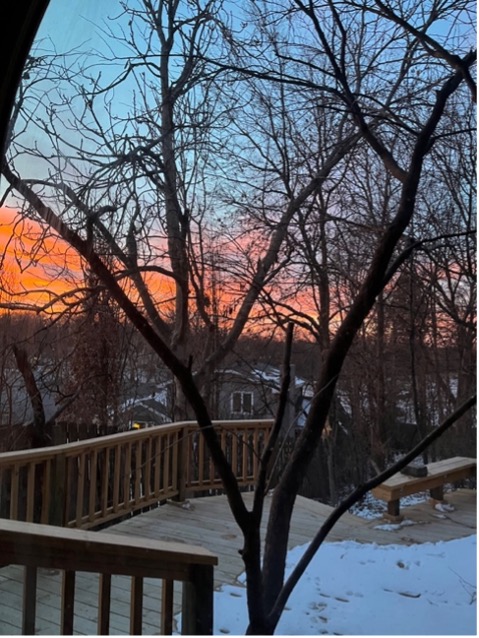 The new moon occurred on 02 January so we are now waxing crescent – and this week the moon is passing Saturn and Jupiter.

As January begins, Jupiter is the evening sky’s brightest “star” (remember it’s a planet).  Jupiter represents growth and expansion – and thus Jupiterian plants are known for their abundance and spread – they like to dissolve boundaries and have interesting memorable fragrances. Examples ruled by Jupiter include herbs like cloves, nutmeg, oregano, saffron – foods of rhubarb and pomegranate. Delightfully exhibiting Jupiter’s spread and abundance is the dandelion who provides many health benefits from all parts of its plant.  Then there is the fragrance of “honey leaf” (aka lemon balm), a prime Jupiterian plant. And then there is Rumex crispus – yellow dock – considered a weed in most habitats but that offers many medicinal benefits for those who see it as a friend.  Continue with Jupiter’s influence through borage, sage, astragalus, cinquefoil, figs, sumac, … 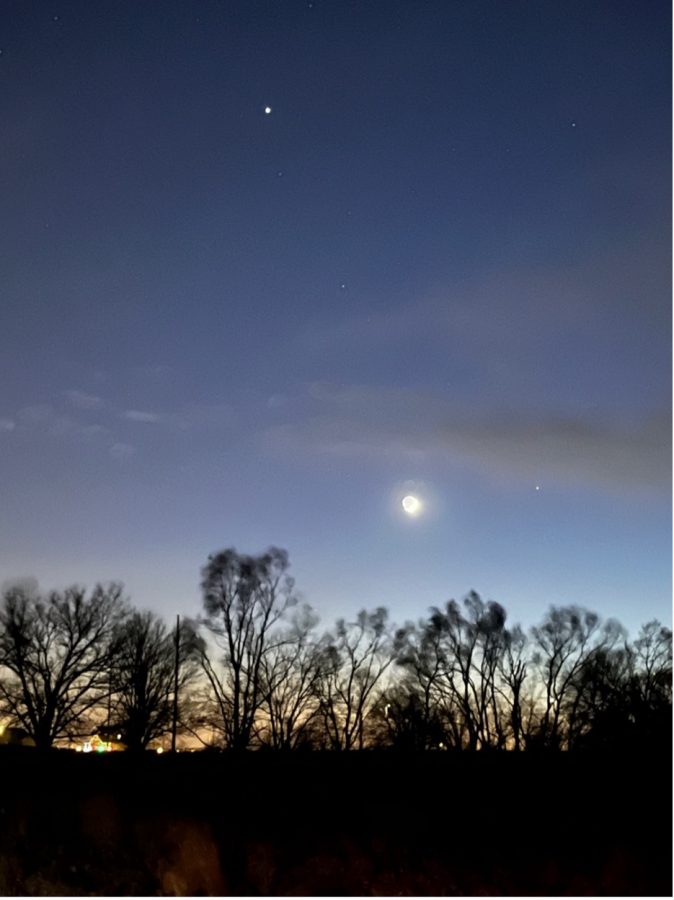 We were honored this past weekend to start the new year with bald eagles at the farm. As we pulled around in the pasture, they were resting in the long arms of tall old tree canopy.  And they swooped down and around, flowing with the wind currents. And then would alight again in the trees. It was SO cold that neither of us could get our phones to swipe to open the camera. Was only meant to be photographed in memory.

Their timing is interesting in light of Jupiter’s prominence in January.  The eagle is symbolic of power, strength, courage and focus – and serving as symbol and personal messenger to Jupiter. 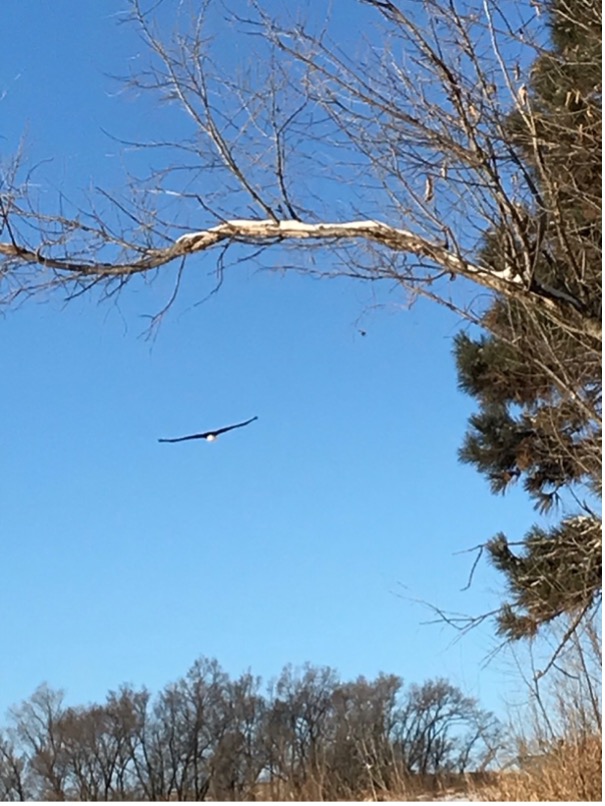 came around bend – disturbed him off his branch

Current research on The Eagle

In the 1990s, bald eagles were one species succumbing to avian vacuolar myelinopathy AVM, a fatal neurological disease of unknown etiology.  And now, with twenty+ years of research, scientists are starting to make the backward connection to suspected cause.

Infected birds ingested a neurotoxin that was produced by an unknown cyanobacterial species growing on the underside of Hydrilla verticillata leaves. Hydrilla is a non-native invasive aquatic plant that can quickly choke out beneficial native vegetation.  And it is the host plant for this novel cyanobacteria, which since has been identified and named by Dr. Susan Wilde, as Aetokthonas hydrillicola – meaning “eagle killer, living on hydrilla.”

Researchers also discovered the presence of bromine in this toxic bacteria.  In freshwater systems, bromine is naturally rare and usually introduced through anthropogenic products such as pesticides, dyes, gasoline and plastic casings for electronics.  Bromine is also rarely found in cyanobacteria.  Scientists suspect the cyanobacteria produced toxins because of bromine-based herbicides used by lake managers to try and control hydrilla.  See this unintended consequence!

The toxin accumulates in tissues after an animal ingests hydrilla coated with bromine-produced cyanobacteria – and it moves up the food chain as animals consume diseased prey. Now the disease is just called VM as data from recent feeding studies verify that fish, herbivorous turtles, frogs, and insects are also susceptible. The actual source of the bromine in freshwater systems is still not defined.  Research is ongoing to further determine food chain implications.

In our metro area we are seeing the development of more man-made “lake” communities and the draw for populations waterbirds and other aquatic wildlife, including bald eagles.  Thus we need to be cognizant of how these systems are managed for invasive aquatic vegetation and understand potential ecological impact.  This should also include the areas around the lakes where the City sprays dense populations of Russian thistle up to the edge of the water. 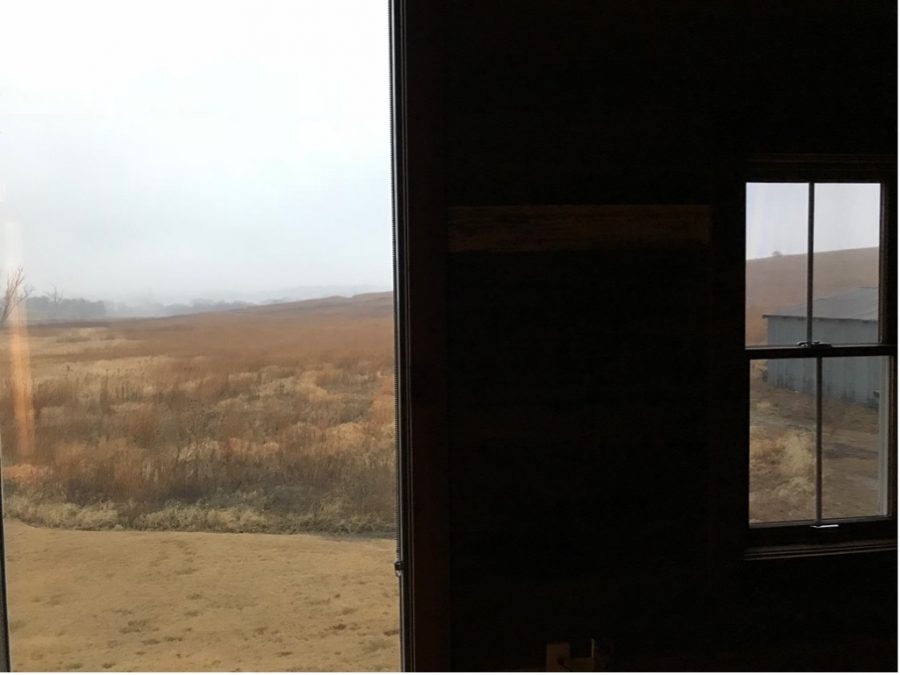 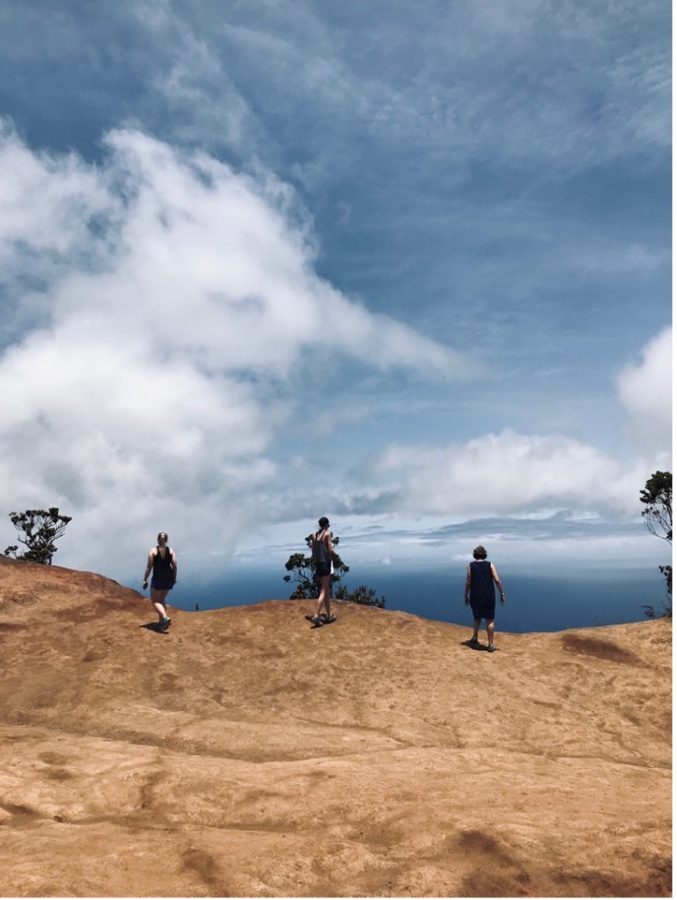 Running to the edge of the world

“Today is the oldest you’ve ever been, and the youngest you’ll ever be again.”