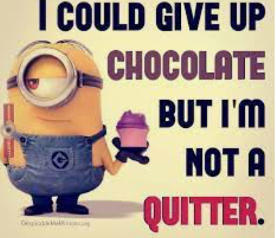 I am writing this on Dec 15th, the wackiest day for weather.  Start with 70-degrees in morning and morph into a High Winds, tornados, and thunderstorms.  This morning I went on the kitchen deck and starting recording wind speed with my Kestrel – not by clocking the avian species – rather with the hand held weather meter 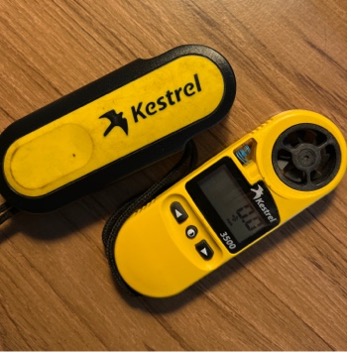 At 14:30 it was 12 to 16.3 mph and barometric pressure and temp were dropping. Granted on my slice of the kitchen deck I will not reach the huge gusts reported by the weather service, but it does show a distinct event building to a crescendo around 16:00 as the storm front moved through at about 75-100 mph – and blew its way into Iowa.

The nuthatches were unfazed by the weather intensity and continued to fly back and forth to the peanuts.  The squirrels too were not going to be put off by the winds. And this squirrel continued to hang on – all the while his tail blowing clear under the feeder. 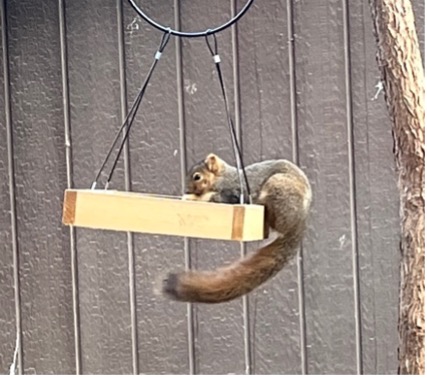 In the interlude between storms and high winds, we ventured out to assess any damage at Glacier Creek. One large tree was downed by the garage and is now covering the east side of the entrance loop. It missed the power box by about one foot! 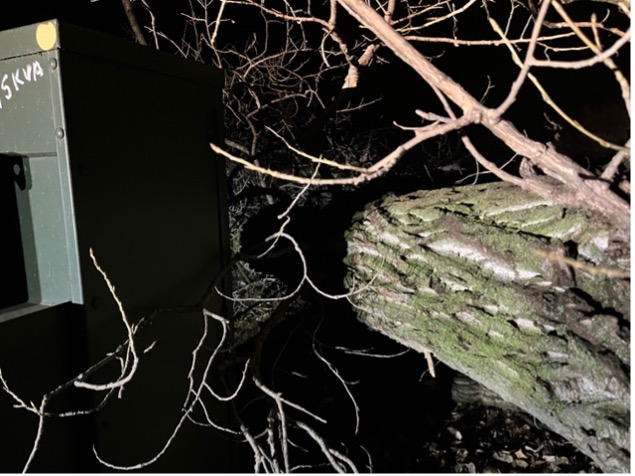 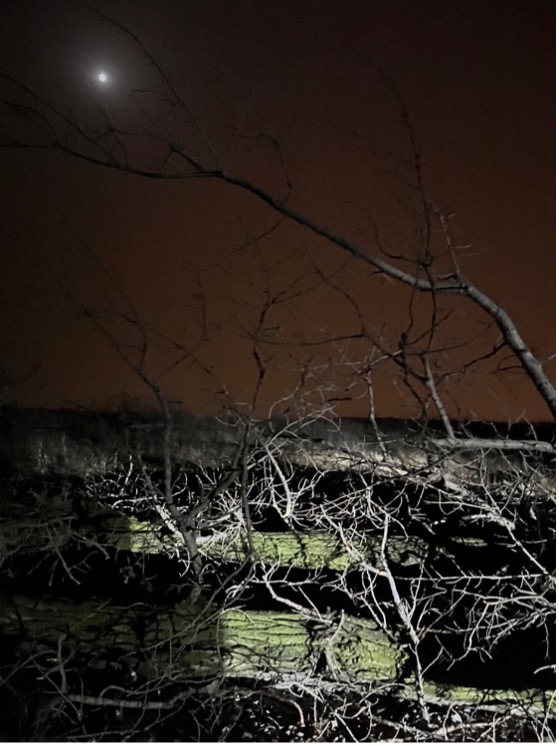 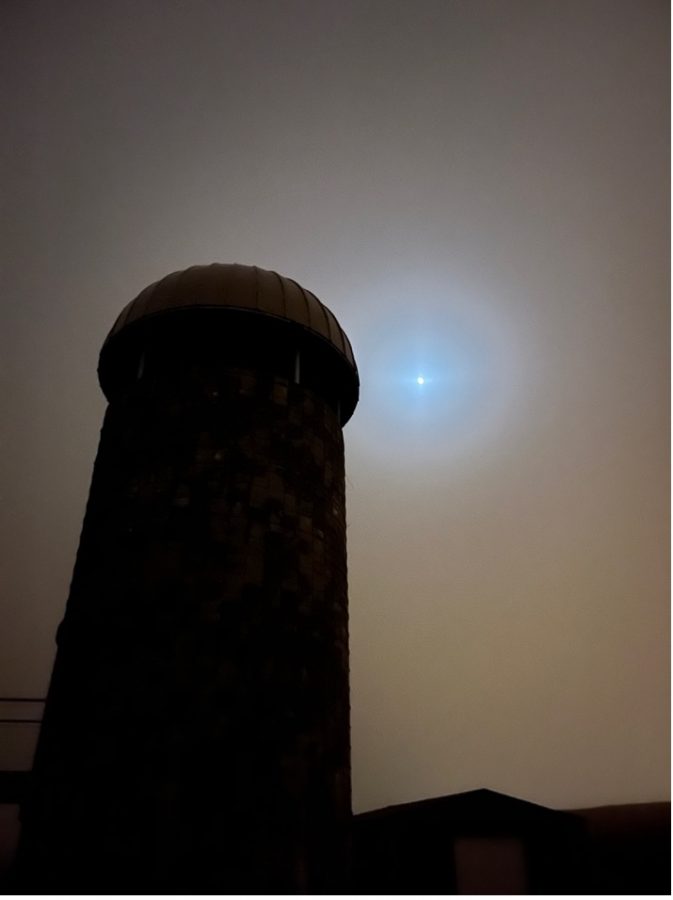 And this upcoming week brings us two special events: the Full Cold Moon (aka long nights) on Saturday the 18th – and the Winter Solstice Gathering on Tuesday the 21st – and how I love full moons and pagan celebrations!

Full Cold Moon at GCP in 2020 – capture the stillness of the prairie under the moon – let’s get out there and take photos of Cold Moon 2021 – or of your Gathering on the 21st! 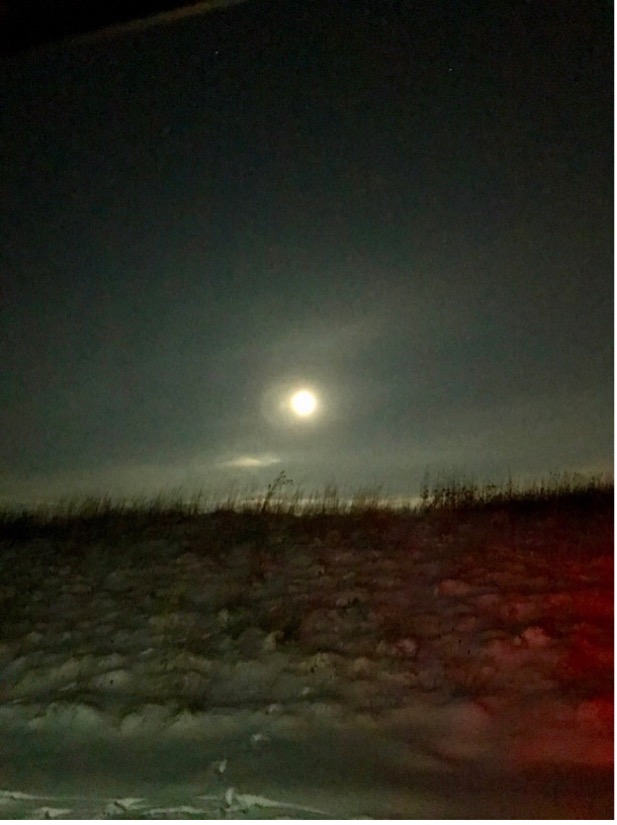 Tidbits from a rambling mind…

The beauty of camouflage – praying mantises amongst the monarda 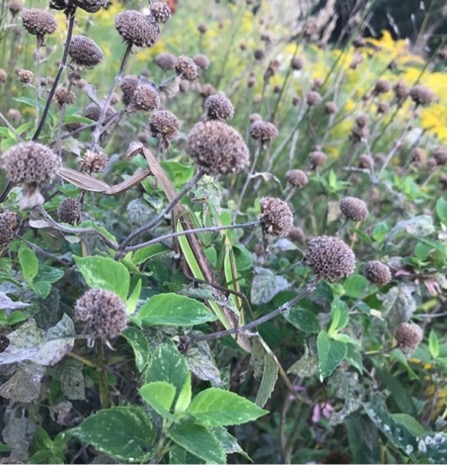 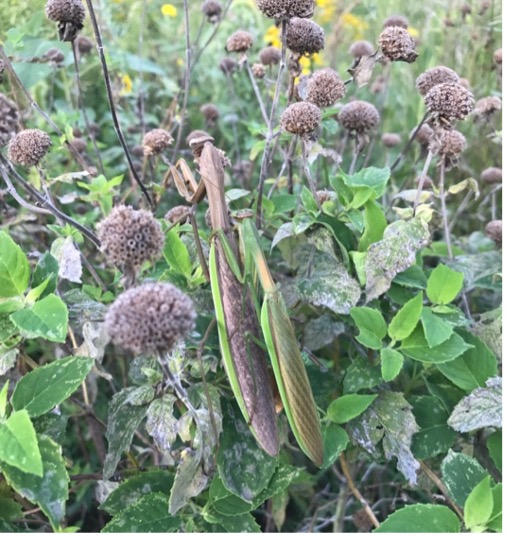 BTN by the numbers

This week a question:  If a piece of writing was 49% written by AI, with the remaining 51% written by a human, is this original work? 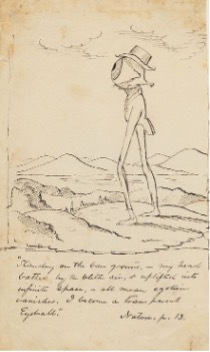 A quote by Eleanor Roosevelt, the formidable first lady

“I once had a rose named after me and I was very flattered. But I was not pleased to read the description in the catalogue: no good in bed, but fine up against a wall.” 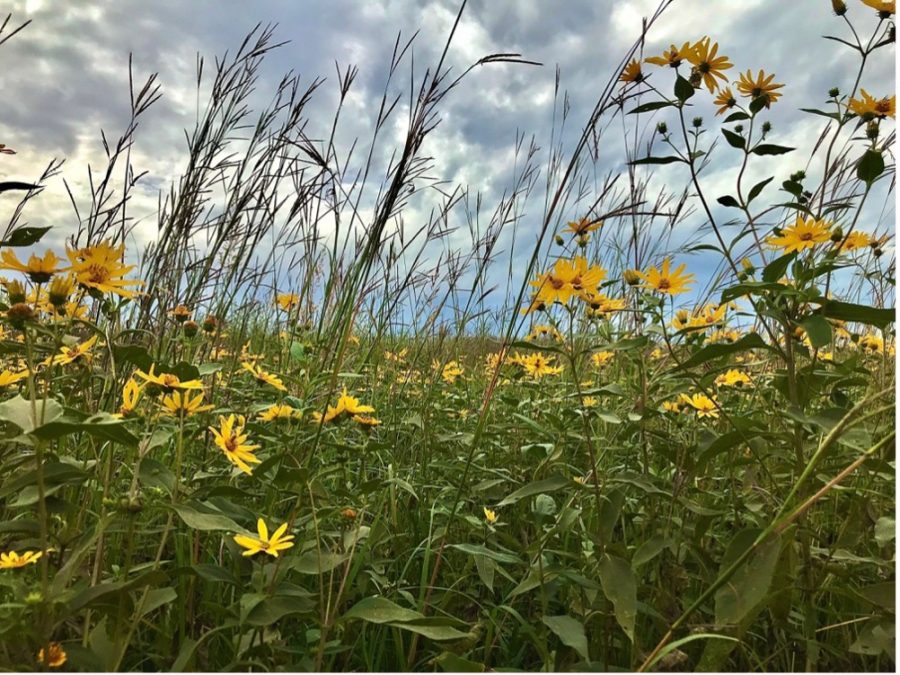