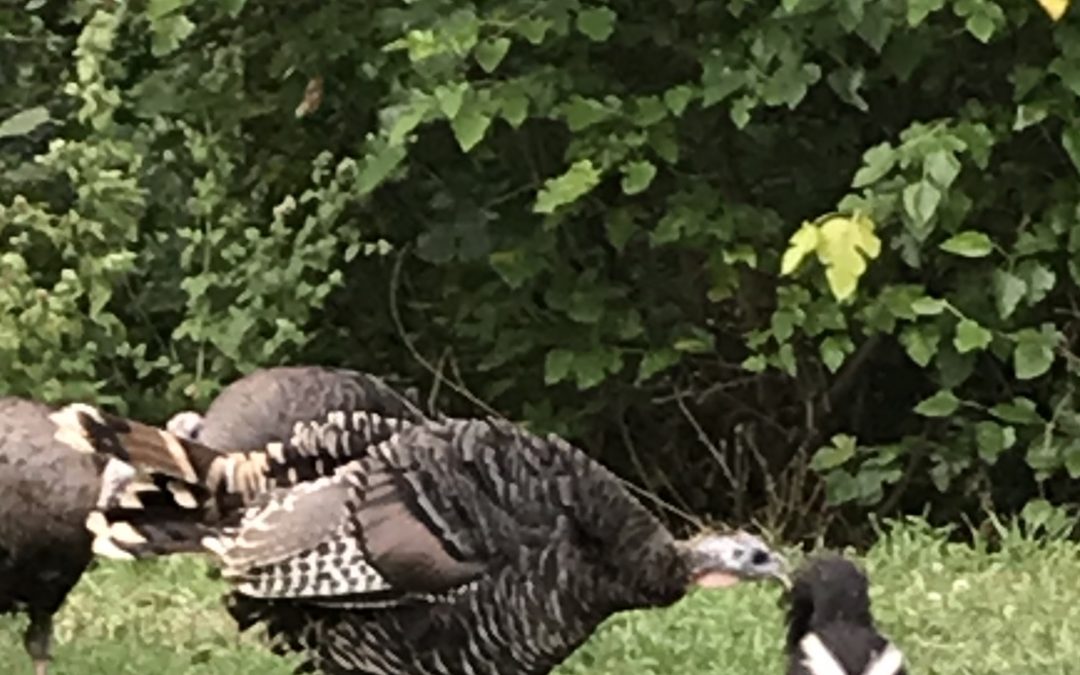 Working in the north garden bed at the farm can some evenings provide interesting examples of overlapping boundaries.  A few evenings ago, I looked up from the beans and saw the turkeys heading for the bird feeding area next to the garden.  Lots of black oil seed tends to accumulate on the ground under the feeders providing an added feast to our resident wildlife.  So – the turkeys were sauntering in from the south – and rounding the corner from the north was a black and white-V skunk.  They eyed each other – neither retreated from the black oil food buffet – interesting to watch – the skunk would raise his tail – the turkeys would raise their tail feathers in a arch shape – not a full spread – and they would turn sideways to the skunk – almost as if to divert with their tail feathers anything he might squirt at them – and – mind you – I am within squirting distance myself and have only tall tomato defenses!  They finally called it a draw and all went different directions. And another example of boundaries – Trilety was telling me how the hummingbird around her patio has taken to chasing away the chickadee – did not know they were aggressive like that.

I too can be a conflicting species – while preparing an area of the garden bed for planting of fall beans – a large clod of dirt/soil popped up in the air and a toad emerged – he stared at me for a minute and then quickly hopped into the tomatoes.

And, lastly, one has to be careful when wandering around the yard picking up rogue turkey feathers – I saw this feather tip sticking out and went to pull it from the vegetation – and to my surprise – it was still attached to a full size live turkey! Feather picking up can be quite eventful. 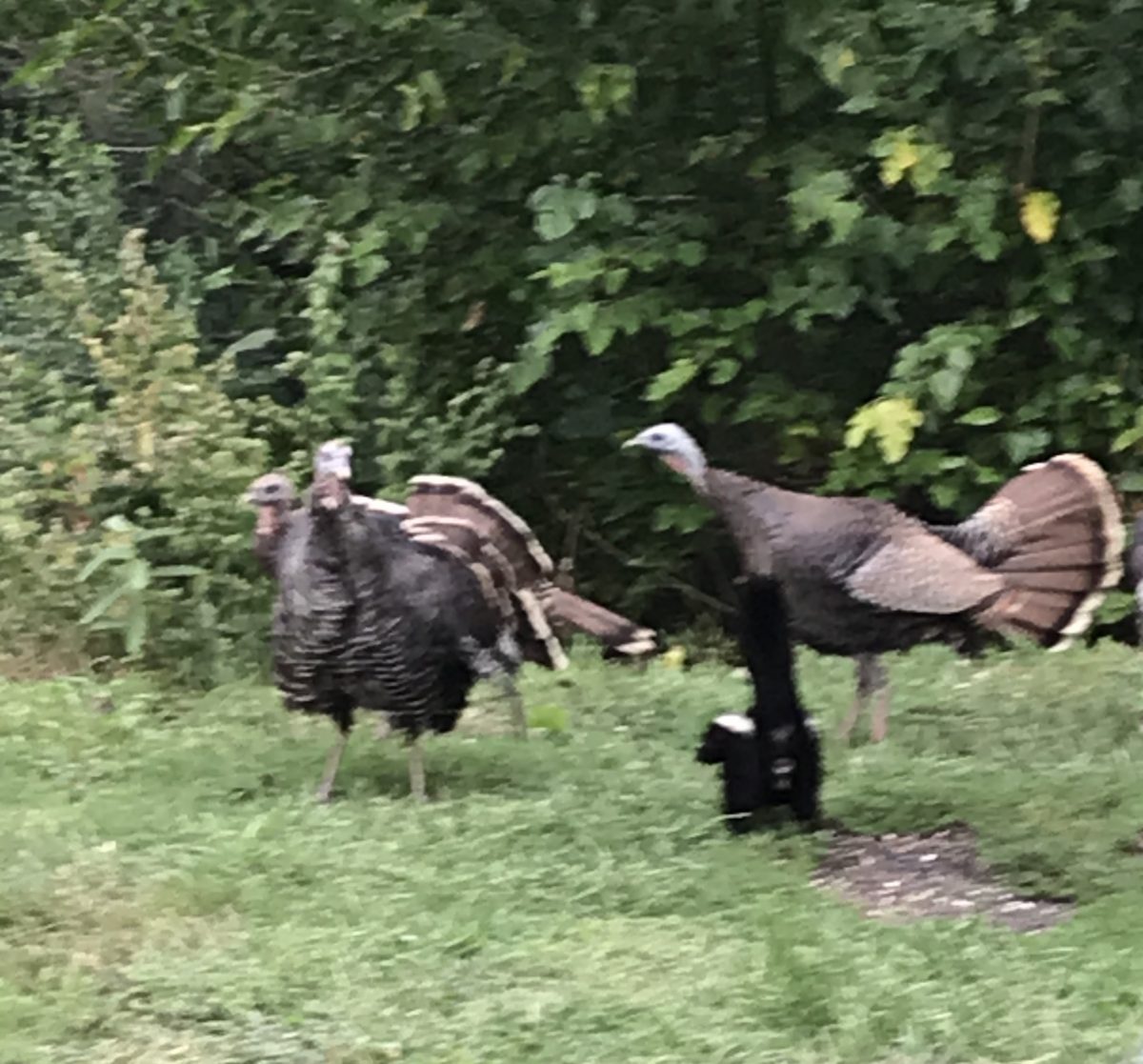 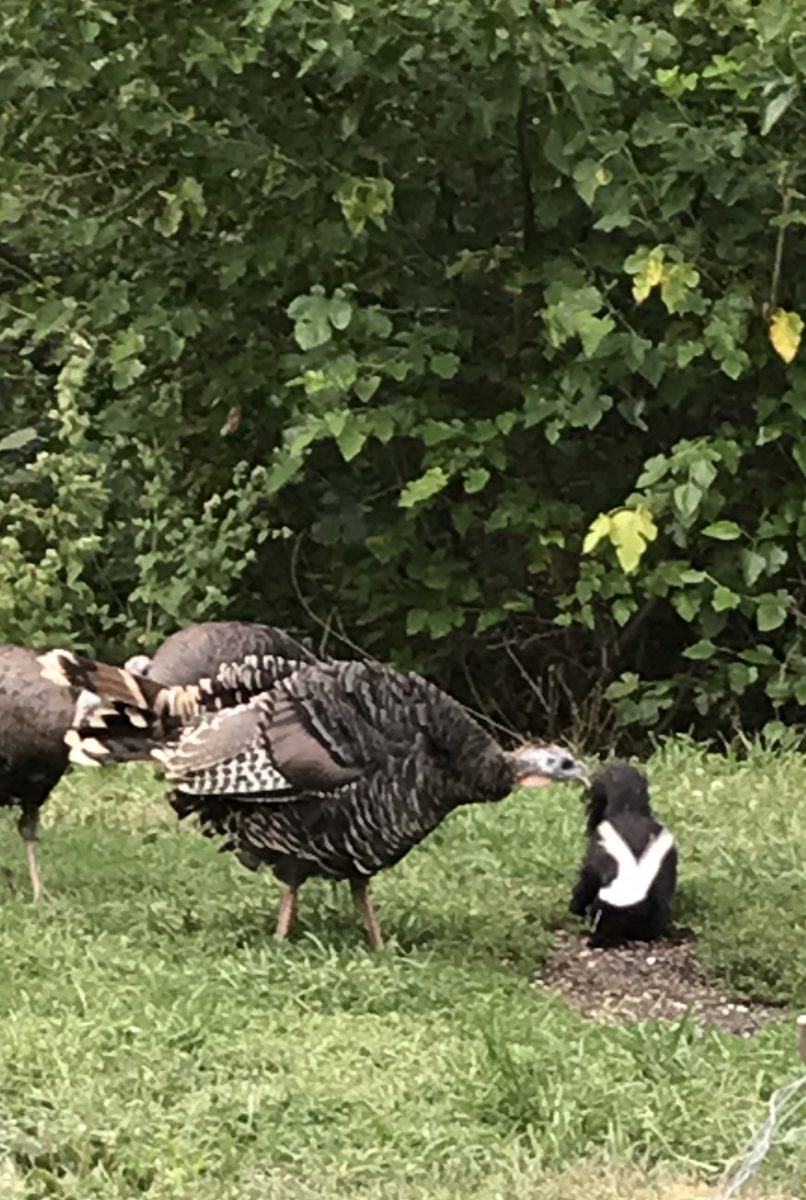 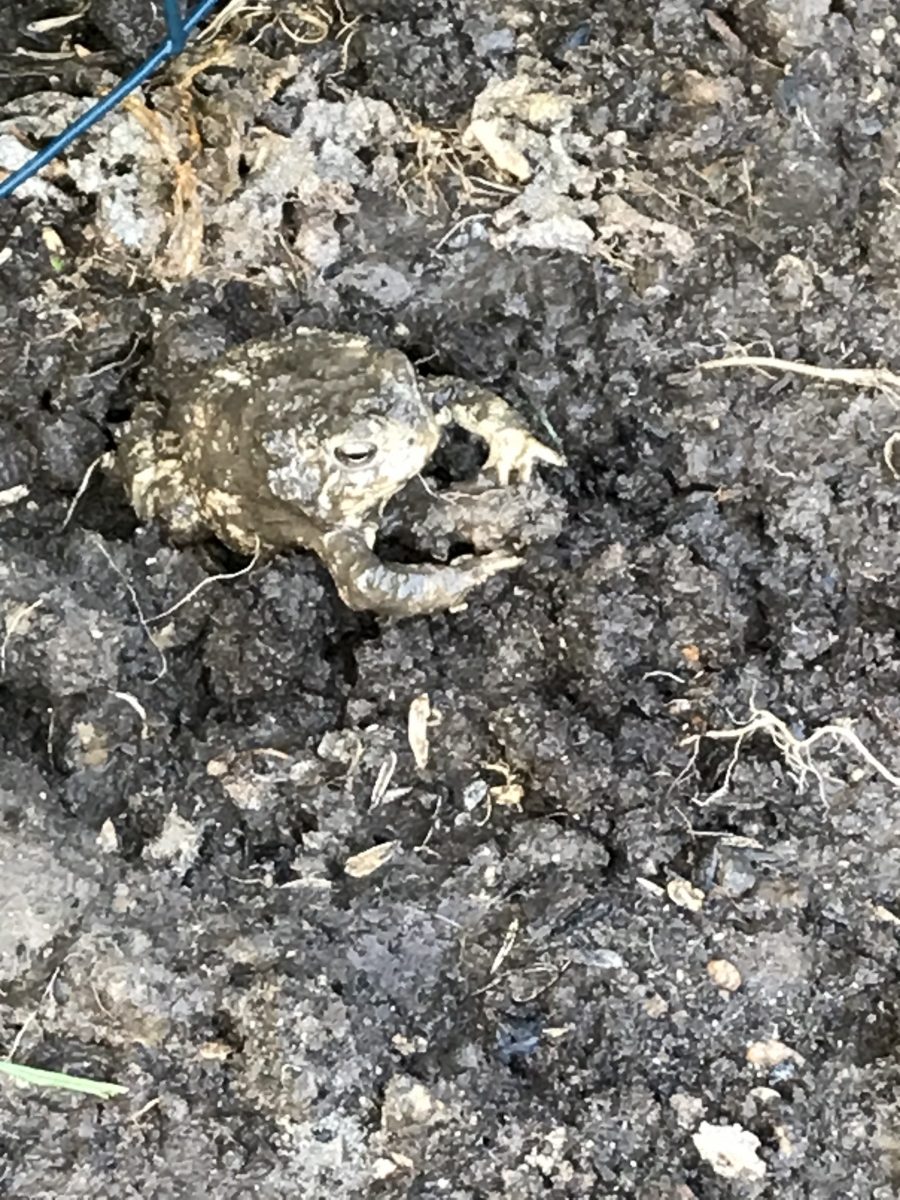 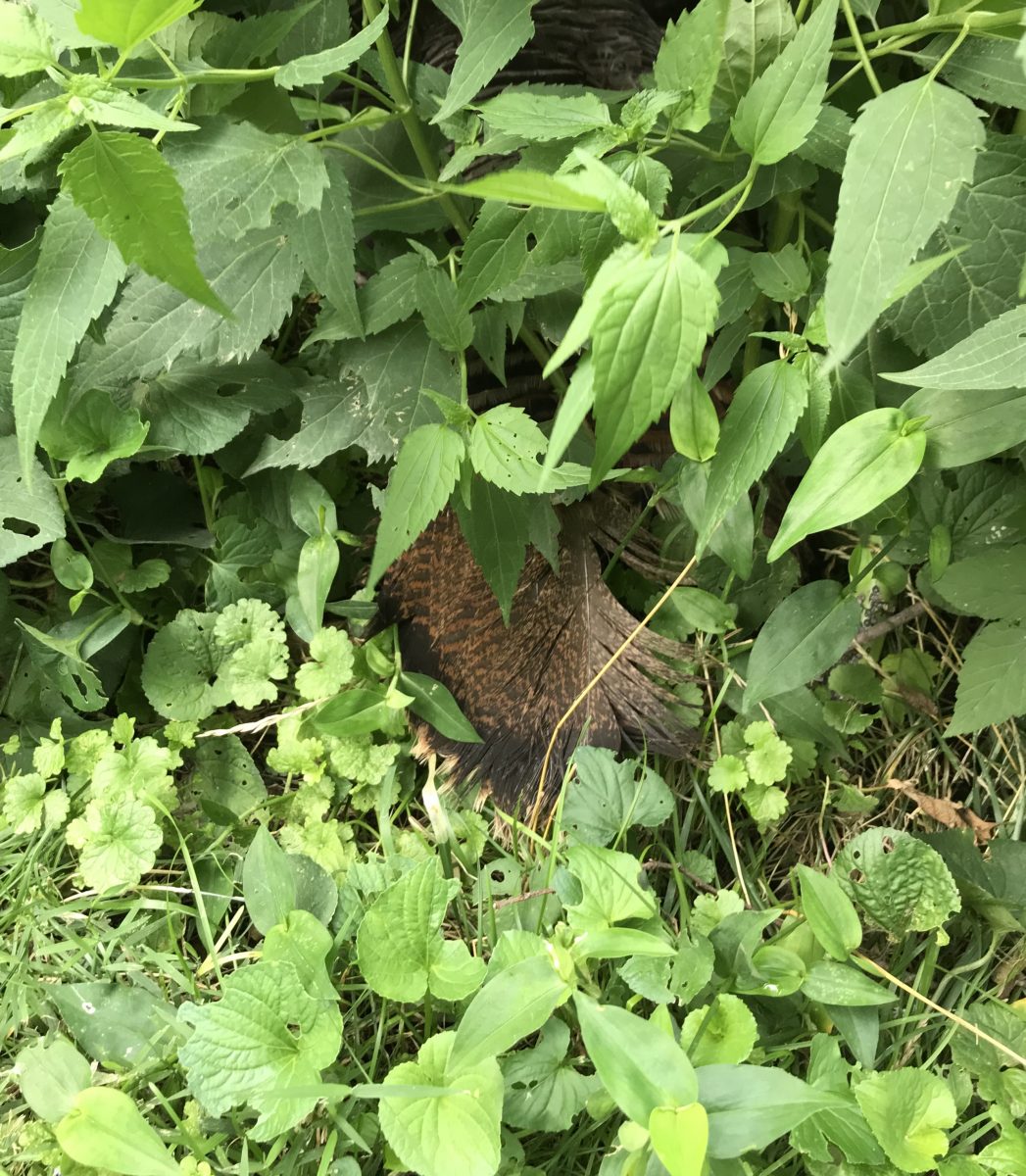