TIDBITS ON TURKEYS and THANKSGIVING 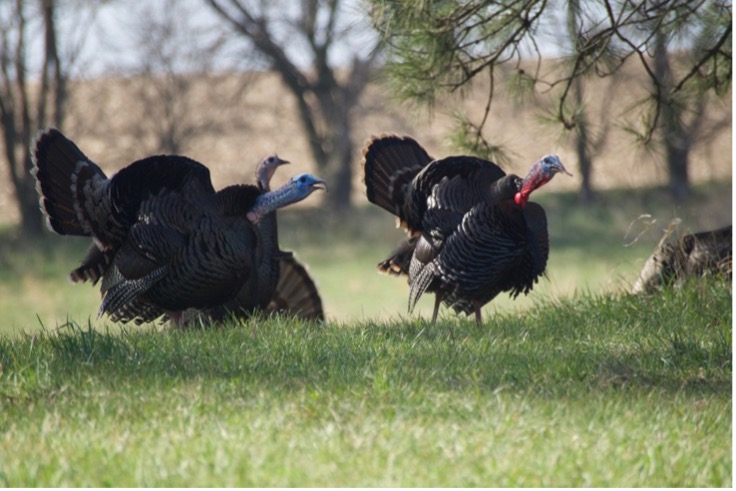 — Not until 1863 did President Abraham Lincoln, embroiled in the Civil War and anxious to promote national unity, proclaim Thanksgiving a national holiday – and to officially fall on the last Thursday of November.

–As late as 1847, Walter Dickson declared that “the name of the Turkey alludes to the resemblance between the head of the Turkey cock, and the helmet of a Turkish soldier, which, as represented in old drawings, appears formally to have consisted of a bluish-coloured coat of mail over his head and shoulders with red lappets. (“Turkey Farmer,” Feltwell, 1953) 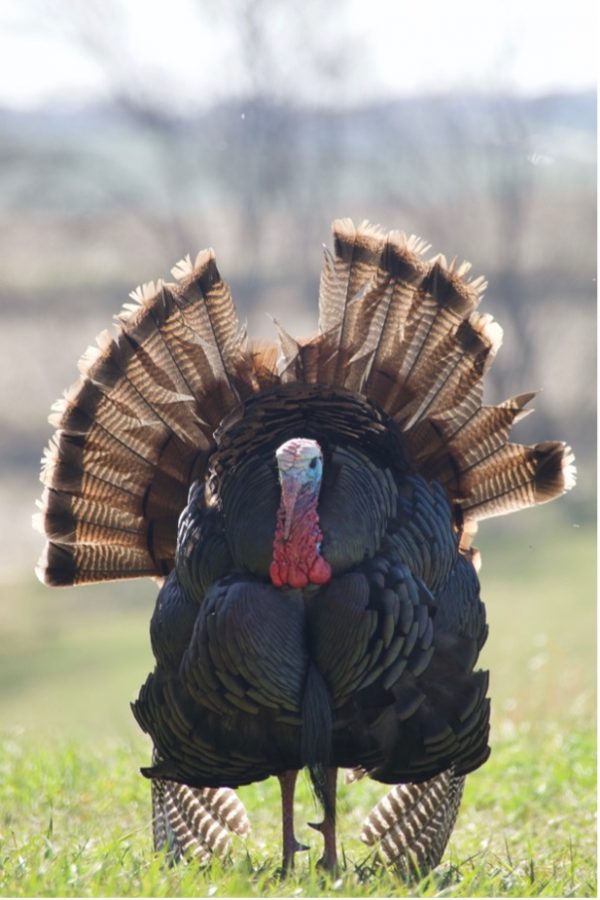 -The turkey’s chameleonic quality – the bird’s ability to change skin colors rapidly as a reflection of changing moods the way certain lizards do – is a reminder of the ancestral relationship between birds and reptiles in the history of evolution.

–Among the Zuni people of New Mexico the Turkey is a sacred bird. The feathers were believed capable of bringing rain. There is also a legend that the turkey, in trying to raise the sun, had the feathers of its head burned off; hence, the head is red and bare.

–The religious use of feathers is seen in the making of prayer sticks, masks, and headdresses.  As a result of live plucking, the turkeys in the Hopi villages were said to have a “ragged aspect.”  Among the Hopis, feathers from the short layer in the turkey tail were put on the backs of two prayer sticks tied together to represent male and female. The feathers were supposed to keep the symbolic figures warm. Feathers were also used to make prayer plumes, and bristles from the beard of the turkey (a tuft of coarse black hairs that grows in the breast of adult male turkeys and some females) were added to feathers of some Hopi prayer sticks. 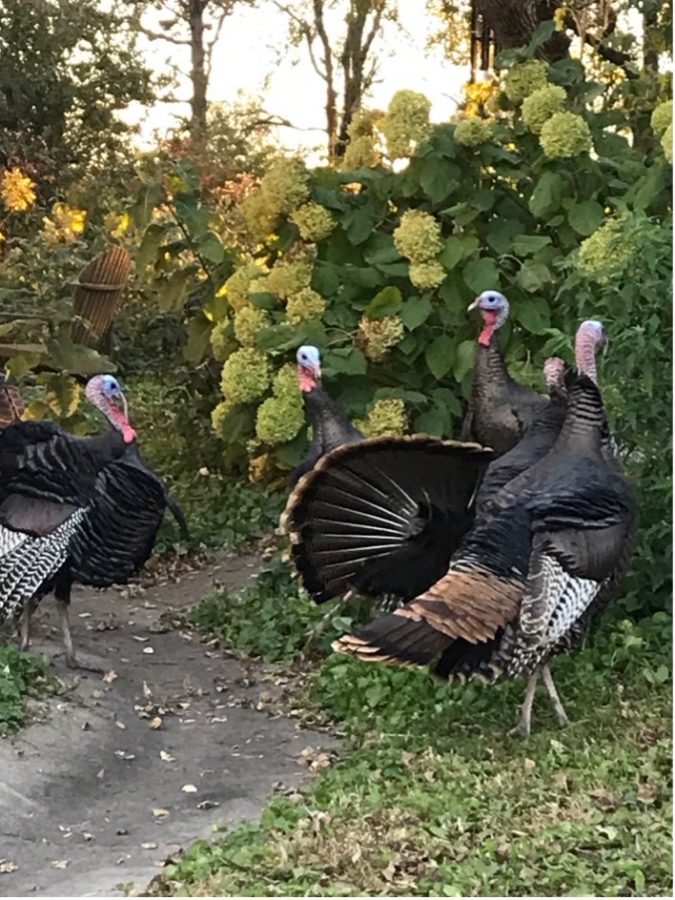 –The Piro Pueblo Native Americans raised turkeys and made turkey feather quilts for sleeping and for wearing as cloaks.

–“Many have been the tales of the great cattle drives. Hardly anyone remembers the great turkey walks.”  Before WWII turkeys were driven to market or to the nearest terminal on foot – in flocks like sheep – also called “turkey trots.” (The Great Turkey Walk, Karr, 1998)

–When it rains turkeys seek to make their overhead silhouette as small as possible in order to reduce their overall exposure to getting wet. They streamline themselves by raising their head and neck, keeping their body erect and their tail down.

And The Turkey also plays a role in our next holiday story – as Scrooge’s first charitable act of redemption following his nightmares is to purchase “the prize Turkey hanging up” at the poulterer’s.

Another way to enjoy turkeys for dinner…invite them over 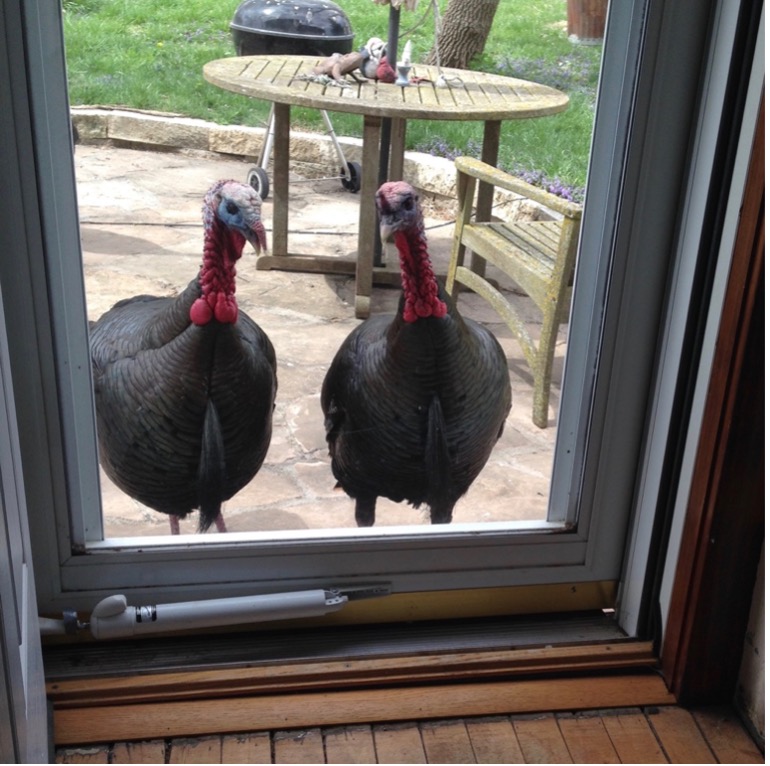 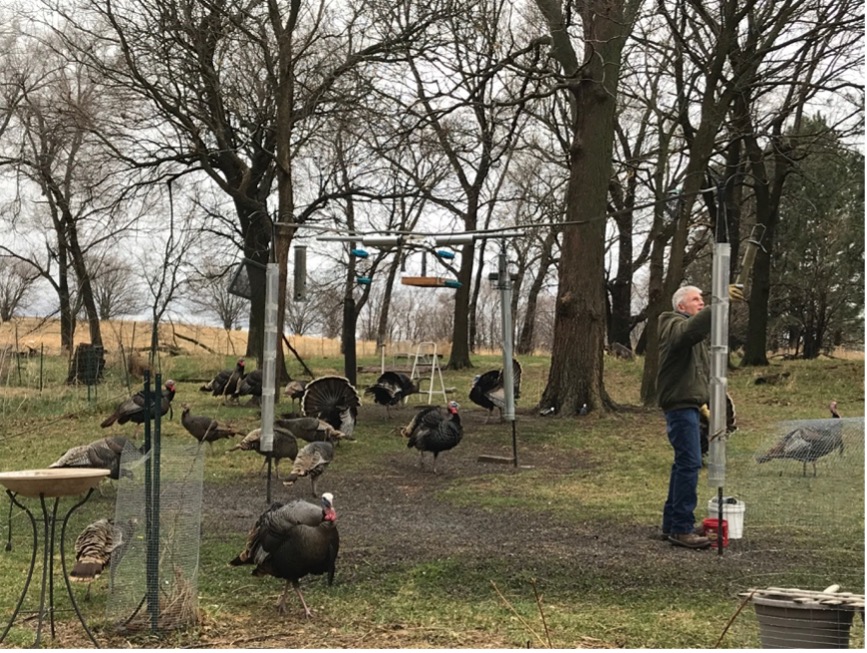 Wild turkeys are composed of a large proportion of sunshine 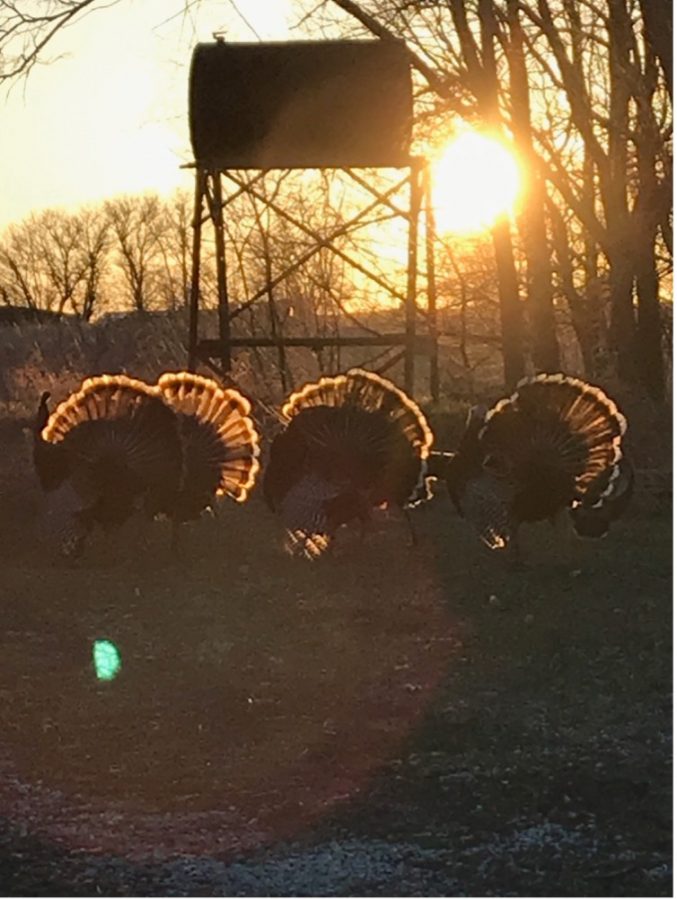 And sometimes, they are very brave or not so smart 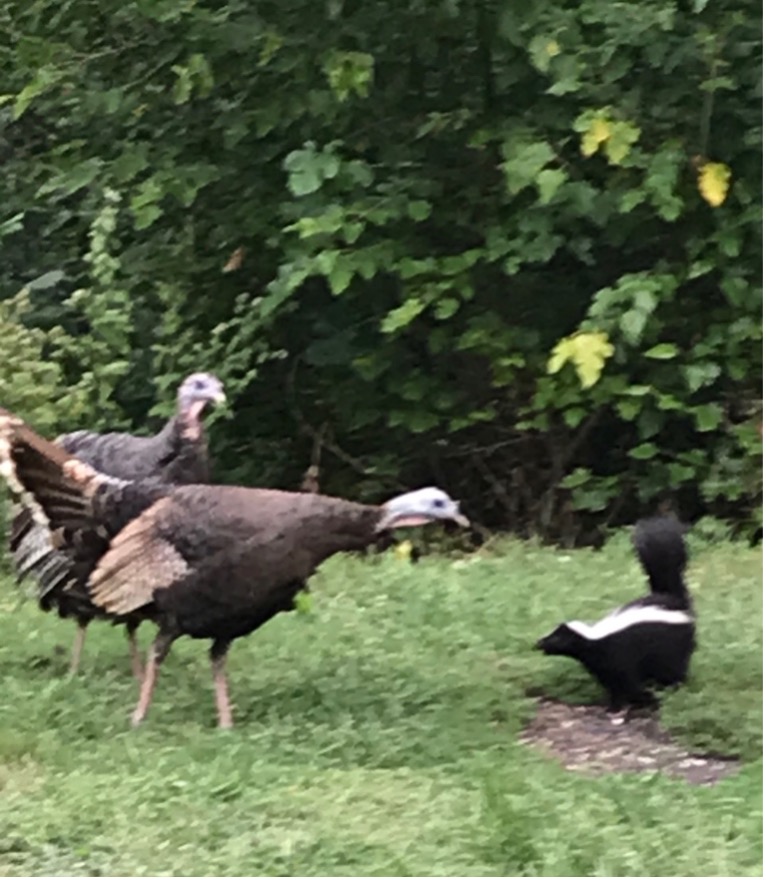 “To emphasize only the beautiful seems to me to be like a mathematical system that only concerns itself with positive numbers.”   –Paul Klee